LSU Tigers fans tried to do the Clemson Tigers a favor after their national championship showdown.

The matchup between the LSU Tigers and the Clemson Tigers was billed as a battle to determine “who the real Tigers are”, as well as “who has the real Death Valley”.

One of those questions was answered before the game even started on Monday night.

The real Tigers are at LSU. There’s no debating this if you saw the Clemson mascot.

Clemson’s Tiger looks like something you’d see at a county fair walking around scaring little kids.

I don’t know what exactly happened, because the Clemson Tiger looked just fine a year ago at the playoff. 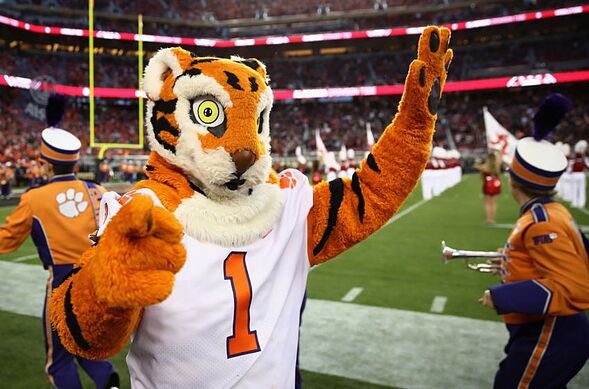 Fortunately for Clemson, some good natured LSU fans decided to start a Go Fund Me to help the school buy a new costume.

(Side note: Who are the people that actually donate to these random Go Fund Me accounts? No part of me has ever wanted to send money to a random person. It’ll probably just end up being used for booze and reduced price ribeyes.)

The page says that all money raised will be mailed to Clemson University Athletic Department.

Hopefully they use the money to actually buy a new costume for the Tiger. We don’t need any kids getting scarred for life at Clemson football games.

Next: Power ranking the most entertaining coaches in the SEC

As if Clemson’s offensive performance on Monday night wasn’t enough to scar their fans for life.